Fredrik Cappelen is a major partner in Eterna, one of Zacco’s investors. He was elected chairman of the Zacco board in 2020. Fredrik has been active as a board professional with engagement in several companies since he left his position as Managing Director and CEO at Nobia in 2009. He has extensive and broad industry experience from within the industries of pulp and paper, health and dental care including long-standing online and retail experience from e.g. Nobia, Securitas, Transcom, Dustin and Byggmax.

Jesper Kongstad is Industrial Advisor & Investor in Zacco. Jesper has a M.Sc. in Public Administration as well as a MPA from Harvard University. Before joining Zacco, Jesper held the position as Director General of the Danish Patent and Trademark Office as well as being the Chairman of the Administrative Council in the European Patent Organization. His extensive experience within and knowledge about the IP business, nationally as well as internationally, are invaluable assets in his role as board member.

Peder Holm is a partner in Eterna. He has a M.Sc. in Business Administration from Gothenburg University and an Executive MBA from Stockholm School of Economics. Peder is an experienced chairman and board member with engagements in e.g. Progrits, Scienta Scientific and Besedo Global Services. He joined the Zacco board in 2020.

Stefan Ölander is a former Marketing Director within both the Scandinavian bank SEB and the Kinnevik investment group. Stefan is also the founder of Rewir, which was Sweden’s leading branding agency. Stefan is now an investor and CEO at the Swedish listed solar energy company SolTech Energy. His breadth of experience in branding, sales and communication provide invaluable expertise in his role as board member. Stefan Ölander is furthermore one of Zacco’s investors.

Reinhold Geijer holds an M.Sc. in Business Administration from Stockholm School of Economics and has worked in the banking sector for more than 30 years. He has worked as the CEO of RBS Royal Bank of Scotland Nordic plc including CEO of Nordisk Renting AB and the CEO of Föreningssparbanken (todays Swedbank Group) as well as the CFO of Telia. Furthermore he has held positions at Ericsson Mobile Telephone Systems, SSAB Swedish Steel and Weyerhaeuser Integrated Forest Co in USA. He is a member of the board of the directors at British Swedish Chamber of Commerce, Swedish American Foundation, Foreign Bankers Association, BTS Group (Chairman) and Skandia.

Mats Boström joined Zacco as CEO in 2013 and was elected as a board member in 2020. He graduated from Lund Institute of Technology with a M.Sc. in Mechanical Engineering and continued his research as a visiting scientist at the Massachusetts Institute of Technology. Mats brings leadership experience from several tech companies. Before joining Zacco, he pursued his successful career with positions as Managing Director at Sigma Innovation, CEO at Epsilon and President Technology Division & Network Business at ÅF. 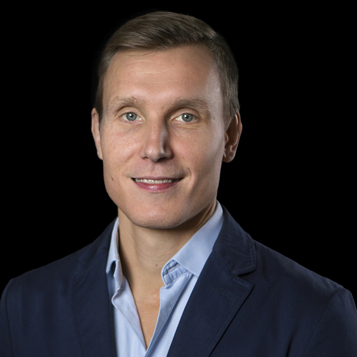 The Unified Patent Court will likely launch in June 2023, have you made a decision on whether you will opt-out? Read more here. ×